Giving freshwater biodiversity a seat at the table

Researchers from 90 scientific institutions worldwide have stated that freshwater biodiversity research and conservation lag far behind the efforts carried out in terrestrial and marine environments. In a new publication in Ecology Letters, they propose a research agenda with 15 priorities aimed at improving research on biodiversity in lakes, rivers, ponds and wetlands. This is urgently needed, as biodiversity loss is taking place much faster in inland waters than on land or in the oceans. One of the authors is Dr. Jana Friedrich, scientist at Helmholtz-Zentrum Hereon. 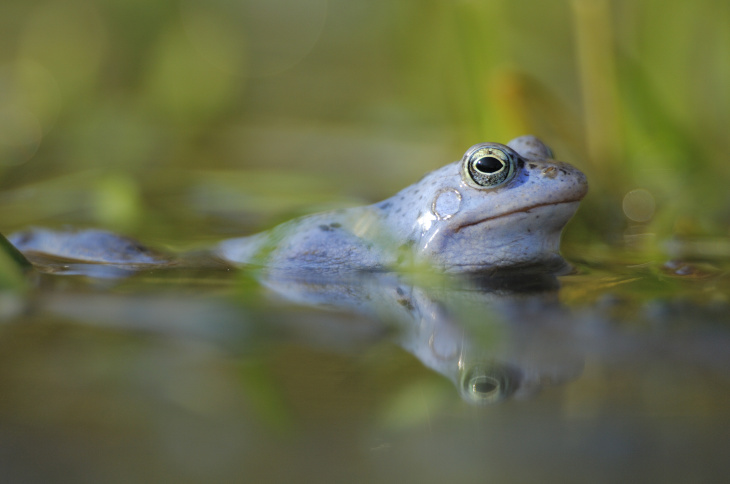 Researchers from 90 international scientific institutions are committed to better research and protection of biodiversity in inland waters. Photo: Solvin Zankl

"Biodiversity loss in freshwater is a global crisis that is literally hidden beneath the water surface," stated Professor Sonja Jähnig of the Leibniz Institute of Freshwater Ecology and Inland Fisheries (IGB) and Humboldt University in Berlin. The freshwater scientist spearheaded the agenda for prioritizing research topics and conservation measures for freshwater biodiversity - together with 95 researchers from 38 countries.

Freshwater biodiversity encompasses the genes, populations, species, communities, and ecosystems of all inland waters. It provides essential services that are vital to human well-being. Despite its importance, "At present, freshwater biodiversity is declining at an unprecedented rate. The data bear this out very clearly," said Sonja Jähnig.

Freshwater animal populations have declined by more than 80 percent 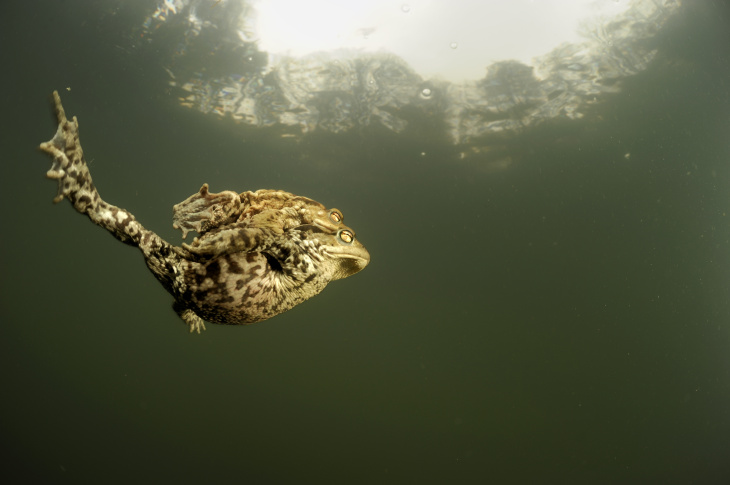 The latest Living Planet Report documents an average decline in populations of 84 percent – in only the last 50 years – for 3,741 populations studied, representing 944 freshwater vertebrate species. This is the steepest decline in the three major realms of land, oceans and freshwater. "Despite the ongoing, unprecedented decline, international and intergovernmental science-policy platforms, funding agencies and major non-profit initiatives still fail to give freshwater biodiversity the priority it deserves," Dr. Alain Maasri, lead author of the study who is also at the IGB, also criticized.

A recent report (Moralis, D. 2021. Environmental funding by European foundations, volume 5 ed. Centre, EF. European Foundation Centre) on environmental funding by 127 European foundations shows that inland waters accounted for only 1.75 percent of the € 745 million approved for environmental work in 2018, and that freshwaters ranked second-last among the 13 thematic categories used to assess funding distribution. Often, inland waters are subsumed within terrestrial habitats, and then not adequately addressed in funding plans. 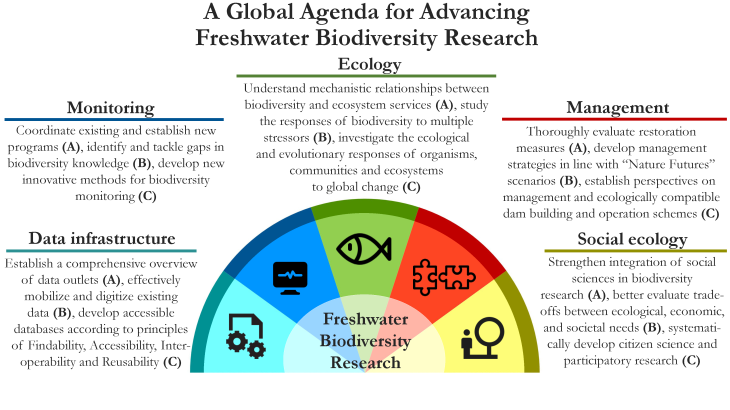 "The agenda is intended to provide the impetus for a stronger global commitment to research and conservation of freshwater biodiversity; however, concrete actions must always be developed at local, regional and national levels," Sonja Jähnig emphasized.

The authors of the Agenda identified 15 priority needs and grouped these into five major areas: data infrastructure, monitoring, ecology, management, and social ecology, against which international freshwater biodiversity research should be developed in a targeted manner. The authors also identified three major challenges – knowledge gaps, miscommunication and inadequate policies – to be overcome.

Dr. Jana Friedrich is researcher at the Institute of Carbon Cycles at Helmholtz-Zentrum Hereon and leads Hereon's contribution to the European research infrastructure DANUBIUS that aims to bring together research in rivers and coastal seas. She is one of the authors and explains: "Research institutions, authorities, environmental organizations and other stakeholders need to collaborate to create synergies between the monitoring obligations for environmental policy frameworks like e.g., Water Framework Directive and scientific research. This would enable using the limited financial resources more efficiently. Therefore, we need to better coordinate research projects and monitoring and align the capacities of research infrastructures." The development and application of efficient methods, such as, e.g., eDNA (environmental DNA) for species identification, citizen science automated observation systems and analysis using artificial intelligence, and digitization, will foster progress, she said. "This will be crucial improve understanding of the interlinkages between humans and nature under accelerating climate change and human pressures, to reconcile use and protection of freshwater ecosystems." 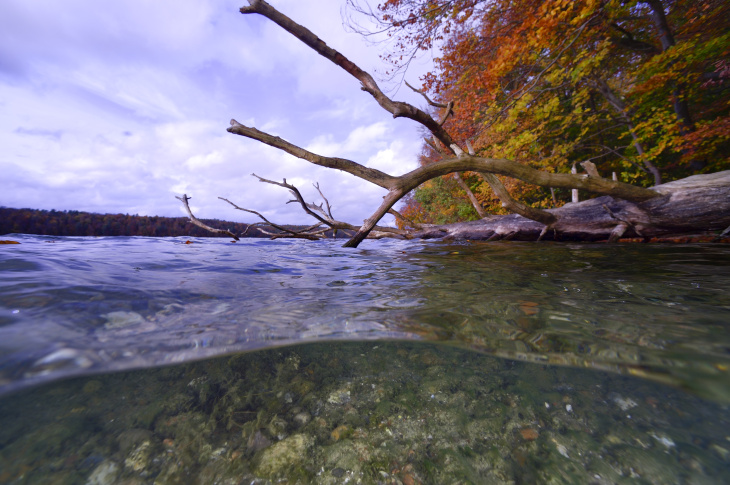 "It‘s not about pointing fingers at policy makers or other stakeholders. It is up to all of us – including us researchers – to set priorities and work better together," said Alain Maasri. There are major gaps in knowledge and there is unequal access to information, for example about the interactions between organisms and the environment. Monitoring could also be improved with the help of automated image and video analysis, artificial intelligence, remote sensing technologies and the engagement of citizen scientists. Other disciplines and non-freshwater specialists should also be involved. Communication difficulties exist in coordinating existing monitoring programs, in linking them across sites, and in mobilizing and making existing data available. These must be accompanied by digitization of data from regional and national monitoring agencies, museum collections and research institutions.

The authors hope for more political support in the case of conflicting goals between ecological, economic and social interests through the involvement of local communities and experts. This also implies the inclusion of traditional and indigenous ecological knowledge.
"Above all, lakes, rivers, ponds and wetlands should be explicitly recognized as important habitats and ecosystems in their own right by policy makers and funding organisations, and in management and restoration programs," Sonja Jähnig summed up.

On the genesis of the international agenda

The Agenda was initiated during an international workshop of the Alliance for Freshwater Life in Berlin in November 2018. The Agenda reflects the collective opinion of the authors and is based on intense discussions and the exchange of knowledge and ideas since the workshop. The authors are researchers from 38 countries, of which 18 (47%) are considered countries of the Global South. Of the 96 authors, 28 (29%) are affiliated with universities and research institutes in countries of the Global South, and 16 (17%) indicate that they are currently working with indigenous peoples on the management and conservation of freshwater biodiversity. The authors are therefore convinced that the proposed agenda, with its 15 priorities, reflects a representative diversity of opinion.

The vision: A world in which people look below the water surface – to understand, appreciate and protect freshwater biodiversity. Although freshwaters cover less than one percent of the earth's surface, they are among the most species-rich habitats on our planet. But rivers and lakes are affected by a rapid decline in biological diversity. The reasons for this are water and land use concepts in which the protection of freshwater biodiversity is not sufficiently taken into account. The AFL is an international network of currently 23 partners supported by five pillars: Research; data and synthesis; public relations and education; nature conservation; politics. The AFL was initiated by researchers of the IGB, among others. The AFL is a commitment for all participants from research, nature conservation and politics to bundle their expertise and put the topic on the political and societal agenda. Mehr Informationen zum Netzwerk