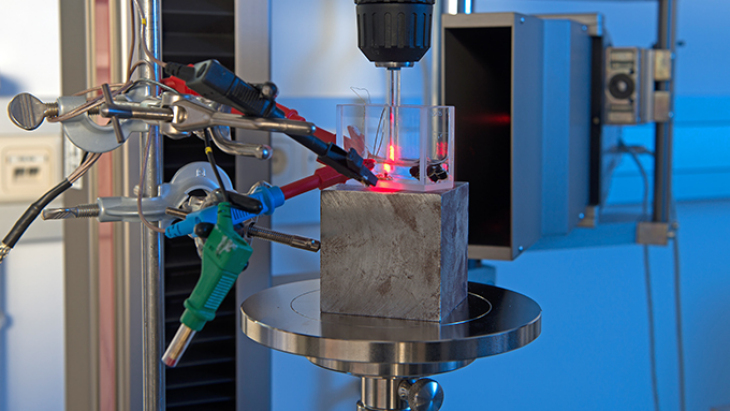 ISetup of an in-situ deformation experiment. The tiny specimen between the glass piston and the cuvette’s bottom undergoes mechanical uniaxial compression in an electrolyte bath. Simultaneously, the voltage between the sample and a reference electrode can be adjusted while the deformation is in progress. © SFB 986

Elasticity and Plasticity of Nanomaterials 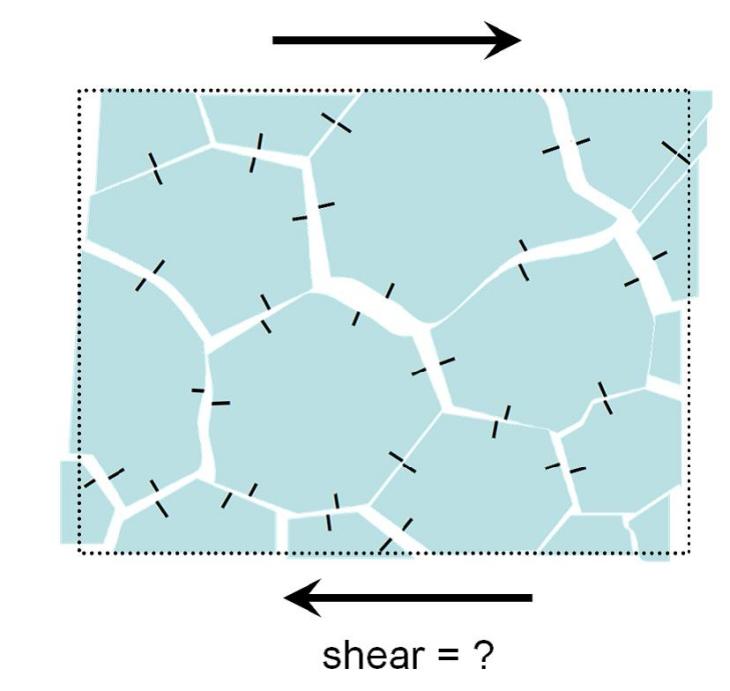 In nanocrystalline bulk materials, the amount of grain boundaries per volume can be so extensive that their influence on the deformation behaviour represents a significant or even dominant contribution to the total deformation like, for instance, displacements of grain boundaries against each other (indicated in the figure by the shift of black markings). Entirely new deformation properties can be observed, such as increased elastic compliance together with dramatically increased strength in comparison to conventional, non-nanostructured metals.

Nanomaterials with integrated strength and function 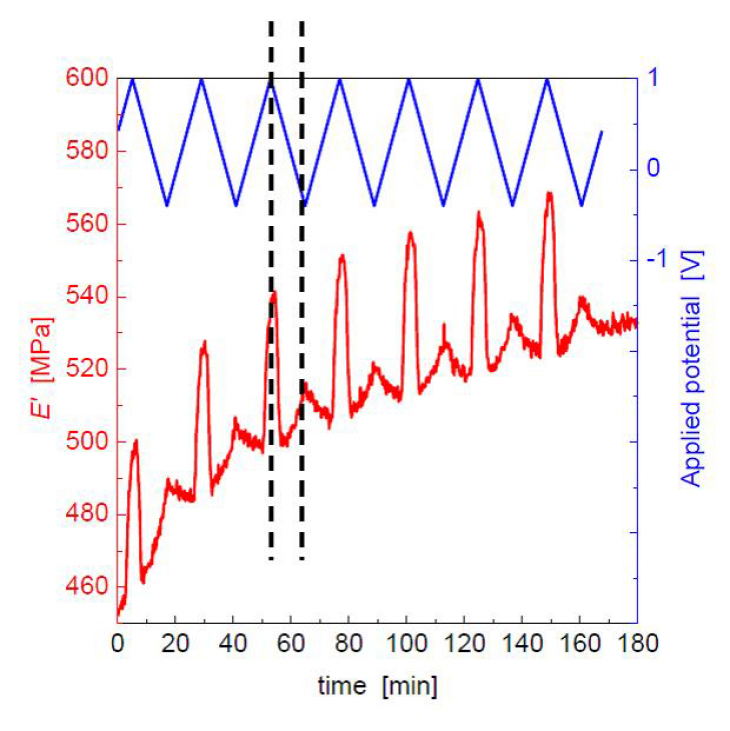 The high proportion of interface and/or surface area in nanostructured materials allows modification of material properties (e.g., strength, catalytic activity and even the size and shape of the whole specimen) by specific modification of the surface properties. In case of nanoporous metals and their large percentage of surface area, this is accomplished by electrochemically changing the surface potential. In the curve illustrated, one can see how the elastic module of the material studied (red curve) can be reproducibly adjusted by altering the surface potential (blue curve). 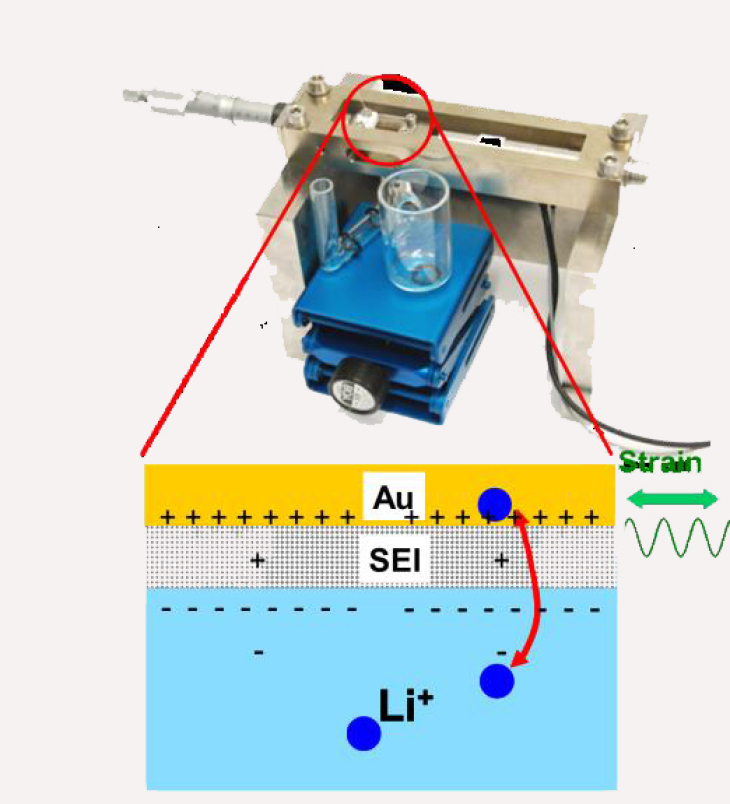 The most common mechanism for storing electric energy is the intercalation or alloying of small ions such as lithium in host structures. In almost all cases, this process results in a significant increase in the size of the ion-absorbing material and, therefore, causes mechanical stress. Conversely, these stresses can control the storage behaviour – like a sponge from which water is squeezed out by application of an external mechanical stress and subsequently sucked up when releasing the stress. The illustration shows an apparatus that measures precisely this effect: a small specimen, here a gold film, is stretched cyclically and the resulting lithium flow in and out of the gold film is measured as a change in electric current or potential.