Scanfish™ is a towed undulating vehicle system. Flaps control the up and down movement of the ‘fish’. Scanfishs™ are designed to carry several oceanographic sensors. While cruising the German Bight, the steady up and down movement generates a curtain-like data stream of millions of data points along the ship track that allows a detailed and quasi-synoptic view of the ocean. 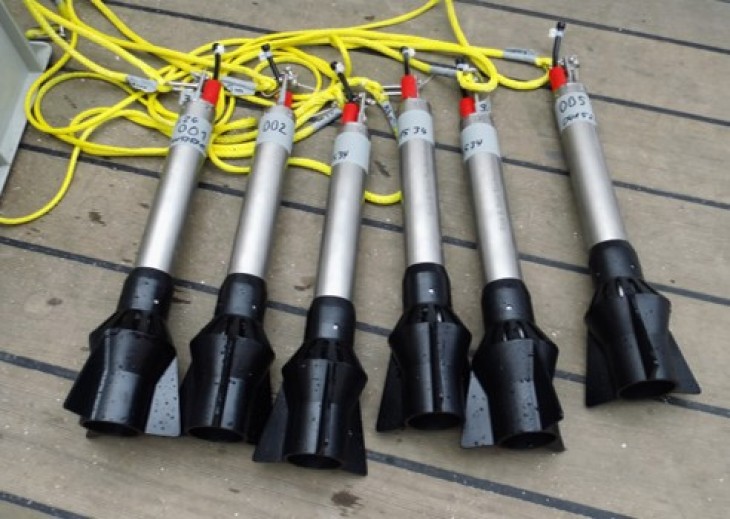 Quasi-synoptic view of water temperatures and oxygen saturation from Scanﬁsh™ data during a cruise in the German Bight, 28 July to 5 August 2013. Note the stratiﬁcation with higher temperatures and larger oxygen values near the surface. (Note: Map not adjusted to north.).