Hereon gets Lauenburg on board

The new research ship LUDWIG PRANDTL II is being built by the Lauenburg-based Hitzler shipyard. It is expected to cost around 15 million Euros

The Helmholtz-Zentrum Hereon has commissioned the Hitzler shipyard in Lauenburg, Schleswig-Holstein to construct a new research vessel. The LUDWIG PRANDTL II - as it is tentatively named - will cost around 15 million Euros and will be financed from federal funds. Delivery is scheduled for spring 2024. Coastal research, hydrogen technologies, membrane research, and digitalization - all these research areas will be included in the construction and further use. 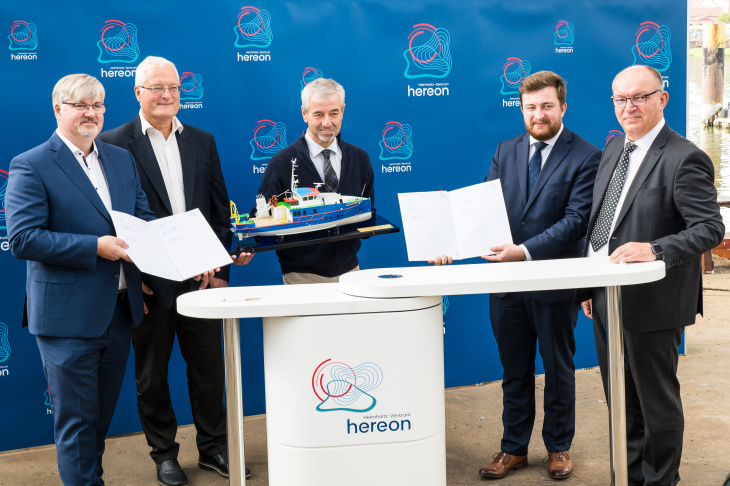 "It is precisely the interdisciplinary interaction of our research fields that distinguishes us as a research center and therefore also makes the ship concept so special. The ship will be a globally unique innovation platform that serves environmental research and as a pioneer for more environmentally friendly shipping," says Prof Matthias Rehahn, Hereon's Scientific Director.

Developed across all disciplines

Among other things, Hereon developed technical solutions to minimize pollutants from engines that result from the combustion of oil and diesel. This is done by purifying the charge air with membranes. In addition, technologies for hydrogen as an energy carrier are being established. The new ship will thus run partially with zero emissions and will travel from shallow rivers and coasts to the open sea. Hereon is working closely with the DLR Institute for Maritime Energy Systems to test the hydrogen.

"The seas and oceans are the largest heat and CO2 sinks on our planet. If we want to effectively combat climate change, we need to understand them even better. I am therefore very pleased that the construction of the ship LUDWIG PRANDTL II can now start. This highly innovative ship will help us close remaining gaps in our knowledge. At the same time, it will show the way to sustainable and environmentally friendly ship operation and break new ground with the digitalization of measurement data. The ship joins the modern German research fleet, which in the future will also include METEOR IV as the joint successor ship to the research vessels METEOR and POSEIDON and the research icebreaker POLARSTERN II, which is still under construction. These new constructions are both important investments in climate protection and innovative technology carriers," says Bettina Stark-Watzinger, Federal Minister of Education and Research. 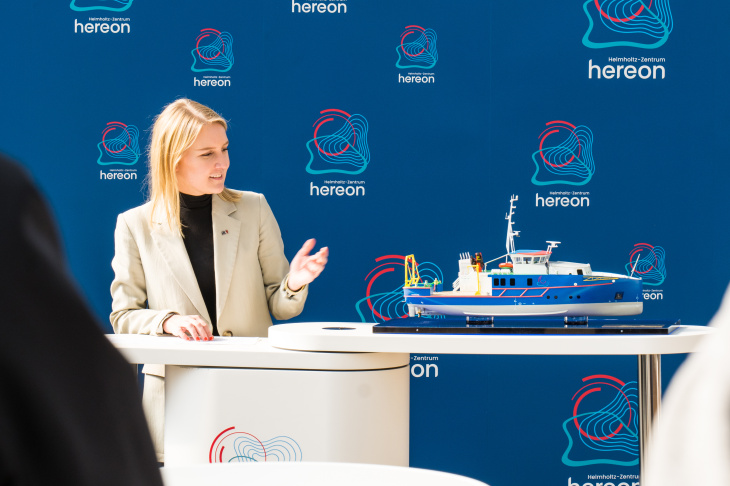 Greetings from Julia Carstens, State Secretary of Schleswig-Holstein at the Ministry of Economic Affairs, Transport, Employment, Technology and Tourism

The new ship also analyzes, for example, which nutrients and pollutants are transported from rivers into the sea or how offshore wind power affects the environment. Climate change as a central topic is being researched on an interdisciplinary basis. The fact that this is now also happening with know-how from the region pleases Julia Carstens, Schleswig-Holstein State Secretary in the Ministry of Economics: "The Hitzler shipyard often approaches completely new projects from its history. The fact that Hereon's new ship is now also being built there is a good signal to Lauenburg and the entire region. Innovation and traditional craftsmanship complement each other."

The planned data of the ship: a length of 29.90 meters, 8 meters in width, 6.5 meters in headroom and a draft of 1.6 meters. The crew will consist of two to three people, while 12 researchers can be accommodated on the ship at the same time. They will be able to use a laboratory area of about 47 m² and an area on the working deck of 70 m². The maximum speed will be 12.8 knots, with an engine power of 750 kW. 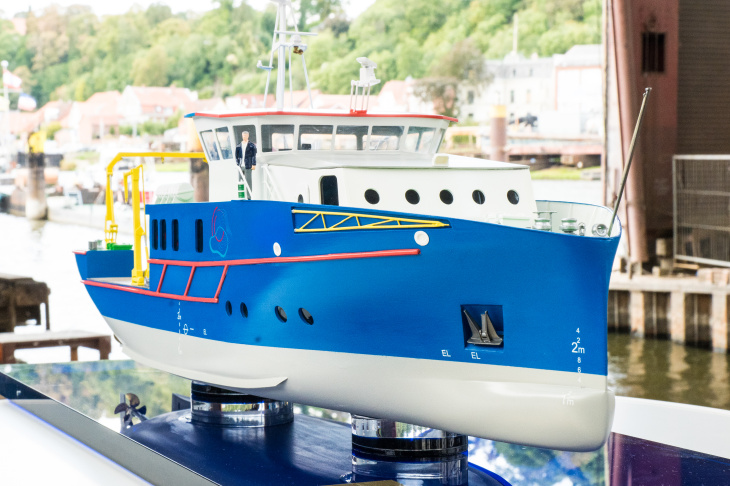 "Our shipyard, founded in 1885, lives on its tradition and the constant pleasure of innovation. That's why the LUDWIG PRANDTL II is a special order for us, a real project of the heart with technology and shipbuilding from Schleswig-Holstein. Such a concept is unique because it combines the exploration with ideas for a 'greener' shipping. A hybrid propulsion system using diesel and hydrogen, for example - this is both new and appealing to us in terms of implementation," says Kai Klimenko, Managing Director of Hitzler Shipyard.

Hereon implemented the planning together with the Hamburg-based planning office Technolog Services GmbH (TLS). The LUDWIG PRANDTL II will have laboratories for coastal research, hydrogen technology (fuel cells and metal hydride storage tanks) and testing of membrane modules for exhaust gas purification. The German Parlament's budget committee already approved support for the new construction in November 2020 with around 13.5 million euros.

The name of the ship when it is launched in 2024 has not yet been decided. It is still to be found as part of an internal ideas competition at the Helmholtz-Zentrum Hereon.