International Conference for the Baltic Sea

From May 30 until 3 June, the 4th Baltic Earth Conference will take place in Jastarnia on Hel peninsula, Poland. The conference is jointly organized by the International Baltic Earth Secretariat at Helmholtz-Zentrum Hereon, the Leibniz Institute of Baltic Sea Research Warnemünde, and the Institute of Oceanology at Polish Academy of Sciences, Sopot. 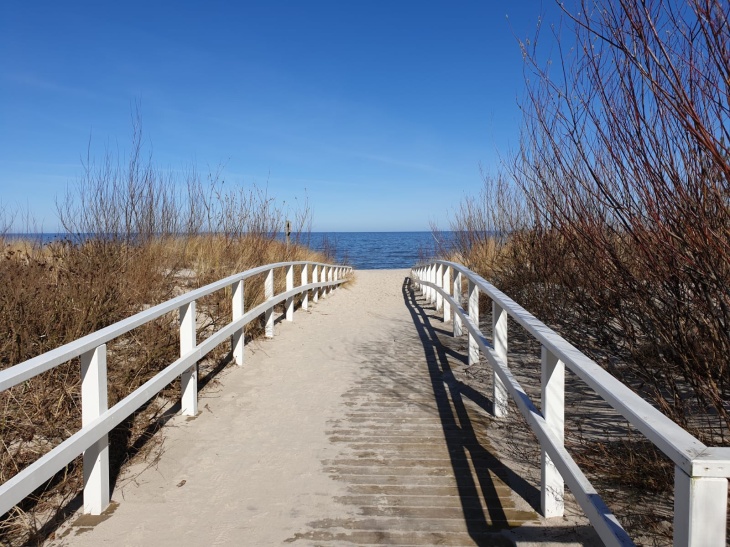 The Baltic Sea and its habitats are the theme of the conference. Photo: IO-PAN/ Beata Szymczycha

The reports encompass oceanographic, meteorological and climatological topics and are available as open access publications. Scope of the reports is on the current and expected future environmental conditions in the light of climate change and other human impacts. Specific topics include salinity dynamics of the Baltic Sea, matter fluxes in the drainage basin, extreme weather events, sea level and coastal dynamics, as well as the interplay of different factors in the observed changes, like agriculture, shipping, pollution or tourism. “The Baltic Sea region, like other similar seas in the world, is heavily used by humans, so there are many factors affecting the environment in addition to climate change. These interrelations are not well understood,” says Dr Marcus Reckermann of the International Baltic Earth Secretariat and a lead author of one of the ten BEAR reports, „but we see that climate change has an impact on all the other factors”.

An outstanding report is the summary of the current knowledge of climate change in the Baltic Sea region. This is an update to the two previous “BACC books” of 2008 and 2015. 47 authors have assembled the latest knowledge from about 900 publications. “Water temperatures have increased over the past 100 years, and we can expect this to continue,” says Markus Meier of Leibniz Institute of Baltic Sea Research Warnemünde, chairman of the Baltic Earth Science Steering Group and lead author of the study, “the current climate projections imply that during a normal winter, the entire Baltic Sea will be largely ice-free by the end of the century”.

Karol Kuliński of the host institute IO-PAN, vice chair of the Baltic Earth Science Steering Group, and lead author of one of the BEAR reports, emphasizes the international and interdisciplinary dimension of this collaboration: “Scientists from all Baltic Sea countries and beyond have contributed to the BEAR reports, but also from all the different scientific disciplines which are relevant for understanding the regional Earth system of the Baltic Sea region. This adds to the scientific breadth and credibility of the reports,“ says Kuliński.

Baltic Earth is an international network of researchers and institutions, striving for a better holistic understanding of the Earth system of the Baltic Sea region, and for making this knowledge available. It is coordinated by the International Baltic Earth Secretariat at Helmholtz-Zentrum Hereon in Geesthacht, Germany. Activities of Baltic Earth include educational events like summer and winter schools, international workshops and conferences as well as joint research and publication projects. Every two years, a large Baltic Earth Conference is hosted by different partners around the Baltic Sea coasts. This year, the Institute of Oceanology, Polish Academy of Sciences in Sopot, Poland, is the host of the conference.

Institute of Oceanology of Polish Academy of Science (IO-PAN), Sopot