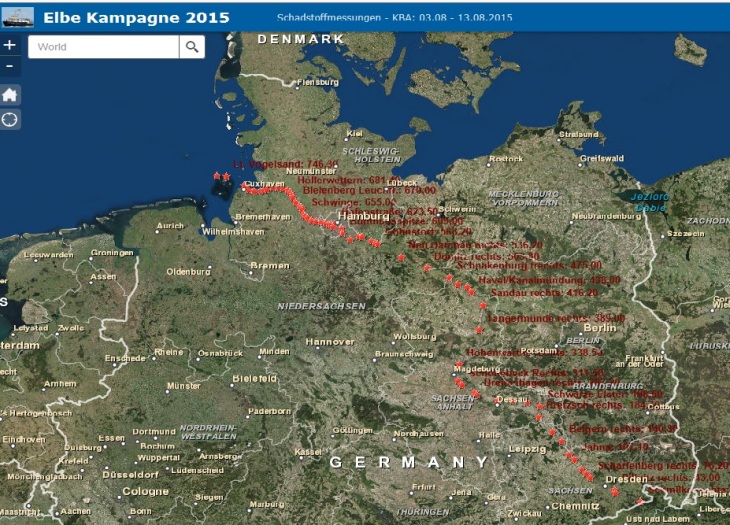 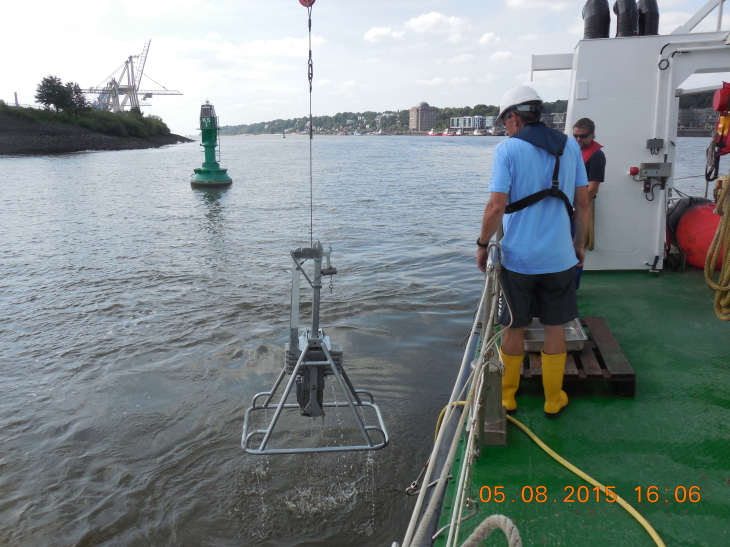 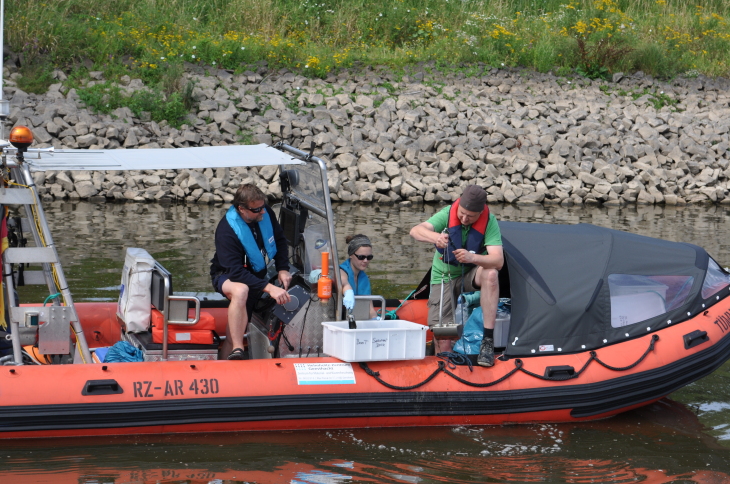 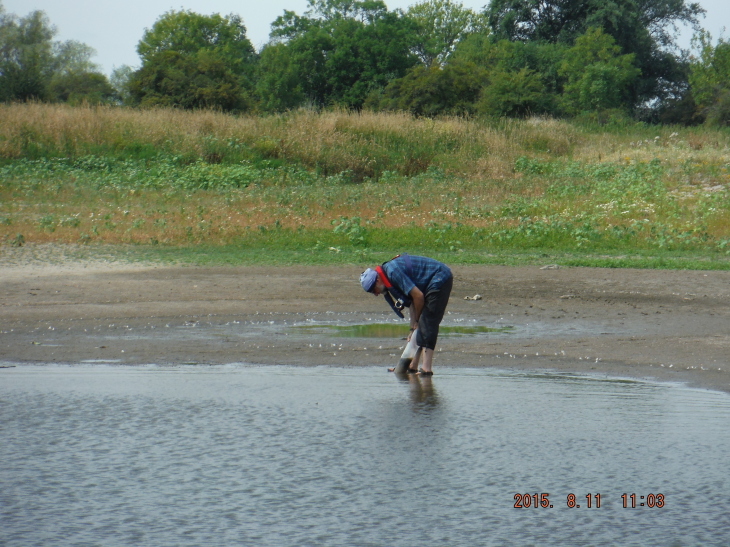 The Elbe River has been long considered as one of the most anthropogenically impacted rivers in Europe. Its estuary is characterized by strong tidal effects, continuous dredging and dumping of sediment, and intense ship traffic between the North Sea and the Port of Hamburg. The aim of this study was to elucidate if a combined multi-element fingerprinting and isotopic tracer approach represented a suitable tool to investigate transport and mixing processes of inorganic contaminants within a complex and highly dynamic estuarine environment.

A total of 37 surface sediment samples from the tidal Elbe were characterized in a comprehensive survey by determining the mass fractions of 48 elements and the isotopic signatures of stable Sr, Nd and Pb. Statistical data analysis resolved four discrete clusters of sampling locations in the estuary: One cluster upstream of the city of Hamburg, two clusters within the mixing zone between Hamburg and the mouth of the Elbe Estuary and one cluster in the mouth of the Estuary. River sediment entering the estuary carry significantly higher loads of metals (e.g. Cu, Zn, Sb, Cd and Pb), which are rapidly “diluted” by lower elemental mass fractions in marine sediment on a remarkably small regional scale. The cluster within the mouth of the estuary is mainly characterized by extreme isotopic variations of n(208Pb)/n(204Pb) ranging from 38.67 ± 0.15 to 73.86 ± 0.29, beside high mass fractions of U, Th, and some rare-earth elements. Determined Pb isotope ratios are among the highest reported values for terrestrial materials.

This study indicates the general potential of combined element fingerprinting and isotope tracer approaches to elucidate processes in complex river systems. Furthermore, it represents an initial characterization of the catchment area of the Elbe River as basis for future studies on river and harbor management.