Contaminant - related effects on a biochemical and molecular level

The instrumentation of the department reflects the strategy of bridging the gap between chemistry and biology. Therefore biochemical, enzymatic and in vitro cell assays are complemented by molecule- and element-specific mass spectrometry for protein analysis. 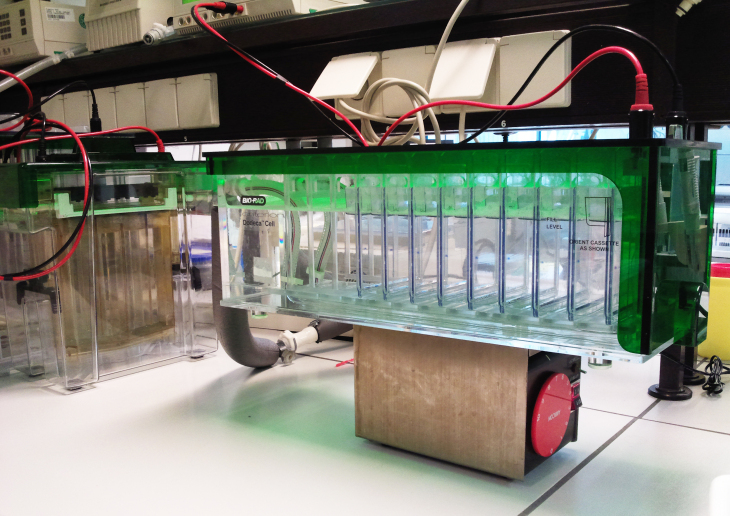 One and two dimensional gel-electrophoresis with differently sized, self- and precasted polyacrylamid gels is used for controlling the separation processes of proteins. It is an analytical tool for checking purity and molecular weights and can be a highly selective isolation step prior to mass spectrometry. The pattern of proteome changes in relation to environmental and chemical stress is resolved by 2dimensional GE 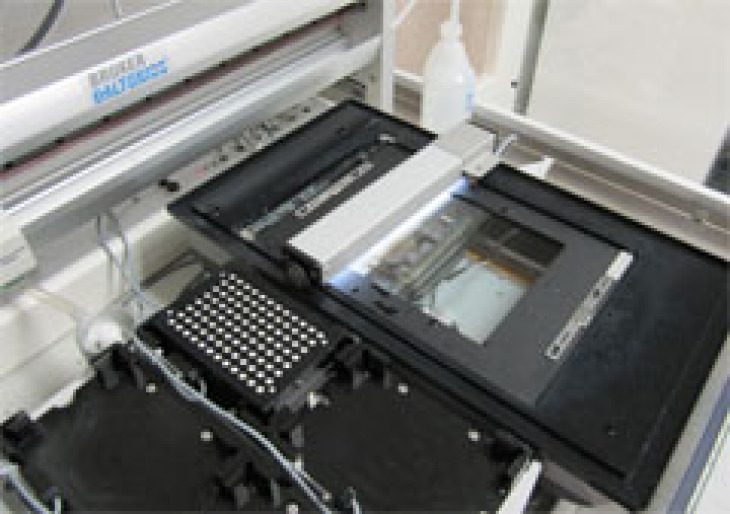 Gel imaging and evaluation is performed with a HP Alphaimager and a Proteineer SP II station [picture]. The later is utilized as an automated spot picking instrument for the preparation of samples for identification of proteins by mass spectrometry. Images of 2d Gels were evaluated via the Delta2d software.

Mass spectrometry for the identification and quantification of potential protein biomarker

The pattern of proteome changes caused by environmental and chemical stress are obtained by gelelectrohpresis. Corresponing to the results of protein expression profiles analyzed by 2dGE Protein spots of special interest are selected for the molecule identification. Often these Proteins are unknown and and have to be identified via mass spectra evaluation and data base search. For molecule-specific detection we employ mass spectrometry in conjunction with different ionisation techniques, online or offline, coupled to liquid chromatography (LC) or capillary electrophoresis (CE). 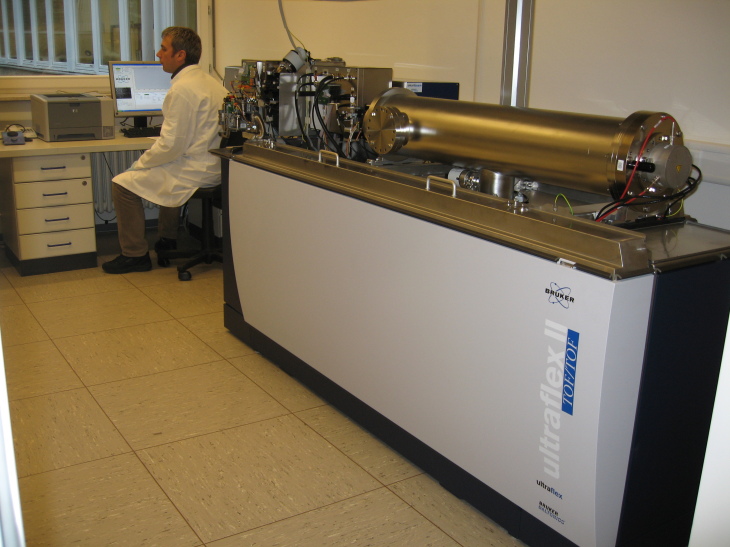 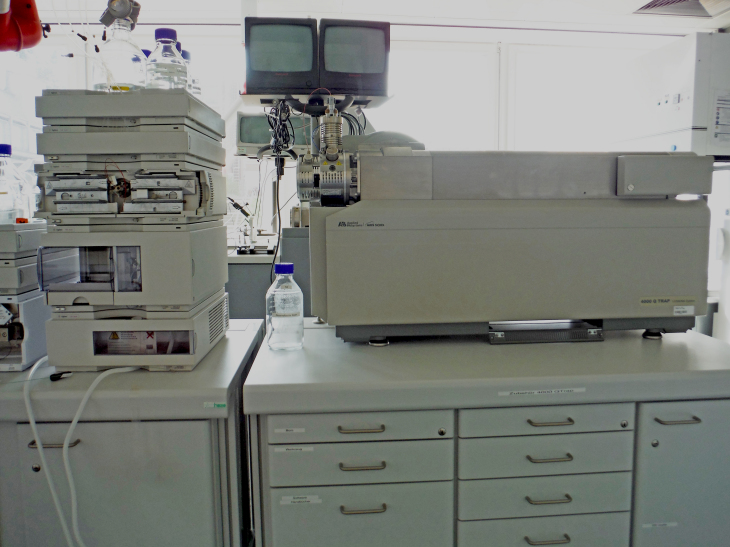 Typical applications are the analysis of peptides and proteiolytic digests.

Many proteins which are under discussion as potential effect-related biomarker carry essential elements like copper or zink. These structural and functional relevant elements can be used for the element-specific detection and quantification. We are using ICP-quadrupole mass spectrometer (Agilent 7500 c, Agilent 7500 cs/ce and Agilent 7700 cx) coupled to HPLC, CE or GC.
Typical applications are the determination of metalloproteins in sample and tissues of marine origin relevant as detoxification proteins and enzymes. 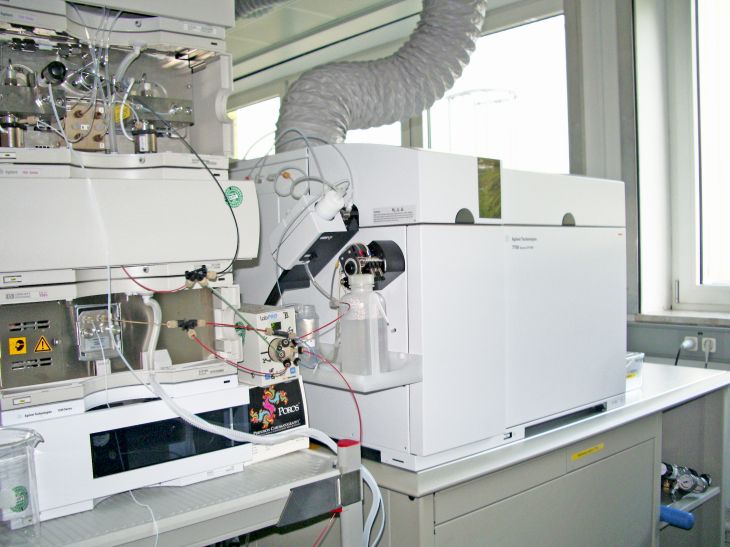 In order to evaluate environmental and chemical stress on a biochemical level several bioassays are performed in microtiterplate format. The nutrition status of stressed marine organisms as well as selected enzyme activities are measured spectrophotometrically. 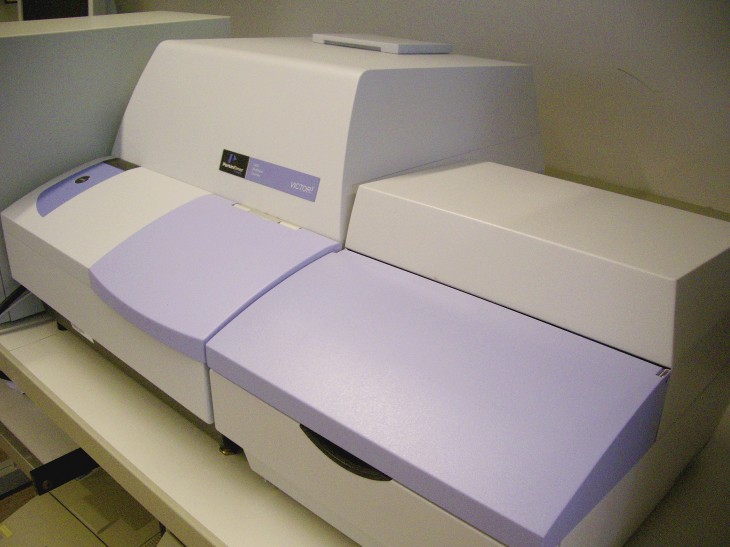 A multi-label reader (Wallac 1420, Perkin Elmer) are used for protein quantification (Bradford and BCA microassay) and various in vitro assays. The multi-label reader is a complete platform for the quantitative detection of light-emitting or light-absorbing markers. It is suitable for luminometry, fluorometry, high-sensitive-time-resolved fluorometry (DELFIA), UV-adsorbance and photometry. It contains injectors for recording fast kinetic reactions.

In vitro bioassays utilizing eukaryotic cells are applied for detecting the hazardous effects of anthropogenic substances. These in vitro assays are performed in a laboratory which meets the standard requirements for cell culturing. 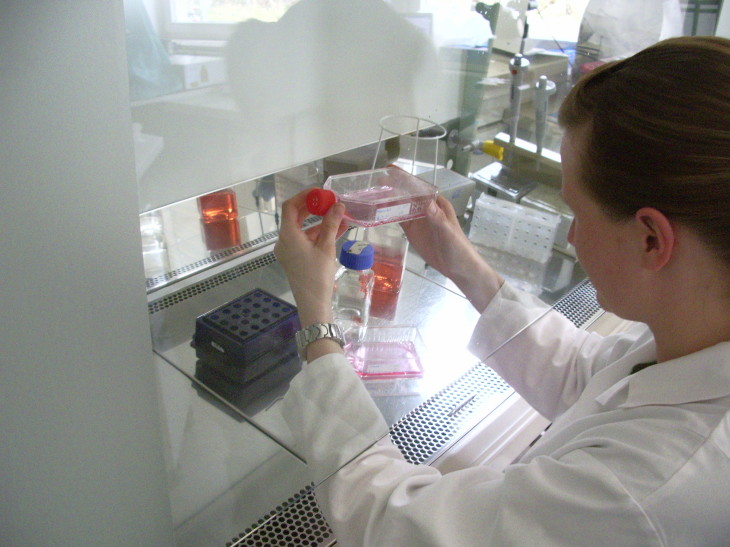 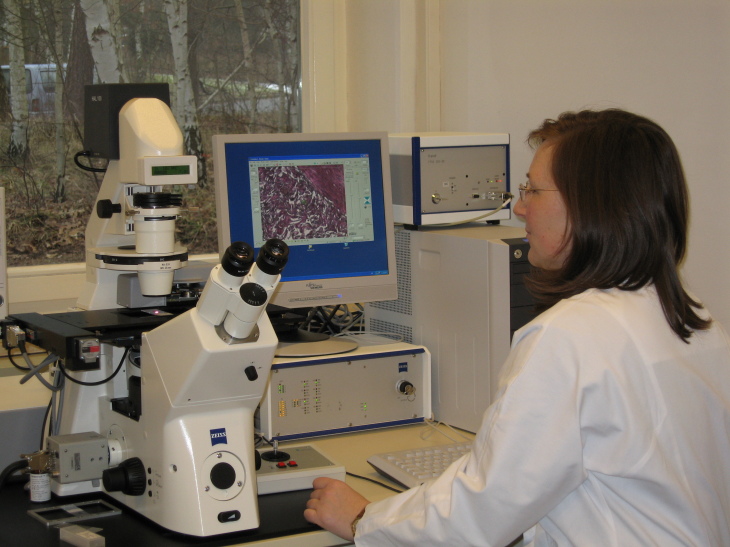 Not only the observation but also the manipulation and selective processing of cellular material can be performed with a laser microdissection and micromanipulation system. The Laser microdissection (P.A.L.M. Microlaser Technologies, devision of the Carl Zeiss Group) is a precise method for the selective and contact-free manipulation of single cells, cell organelles and tissue areals in heterogenious biological samples. The morphological defined sample is used for further molecularbiological and chemical analysis.